Pretty sky in the morning and I had a cute campsite.

I rode along on dirt roads, heading into hilly country. Followed the dry course of a river. I saw one pool of standing water but too filthy looking to filter. Saw an animal scurry across the road, same as I’d seen late the day before. I’m going to guess it was a fox. Also saw some deer, and once a stag with a big rack of antlers. He bounded off into the desert before I could fumble my phone up.

So much climbing today, only the occasional car passing through. Mostly old dudes in ranch trucks carrying equipment. A couple dune buggy ATV type things. One BMW out of nowhere, the guy asked me how far it was to Mulegé and I told him something all wrong. He was the first person I’d spoken to that day and I couldn’t think in Spanish or convert miles to kilometers. Sorry about that man. 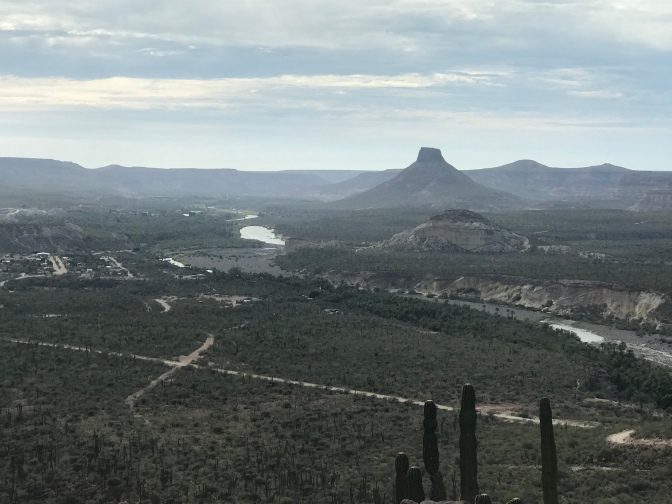 The climbing was slow but satisfying. Mid afternoon I got to a saddle overlooking a river valley. The water and greenery sparkled in the distance. In town I met a young man on a BMX bike who showed me how to get to the store. Just snacks there, but then the kid on the bike took me over to his house to get some water. Because everyone in Baja is so nice. 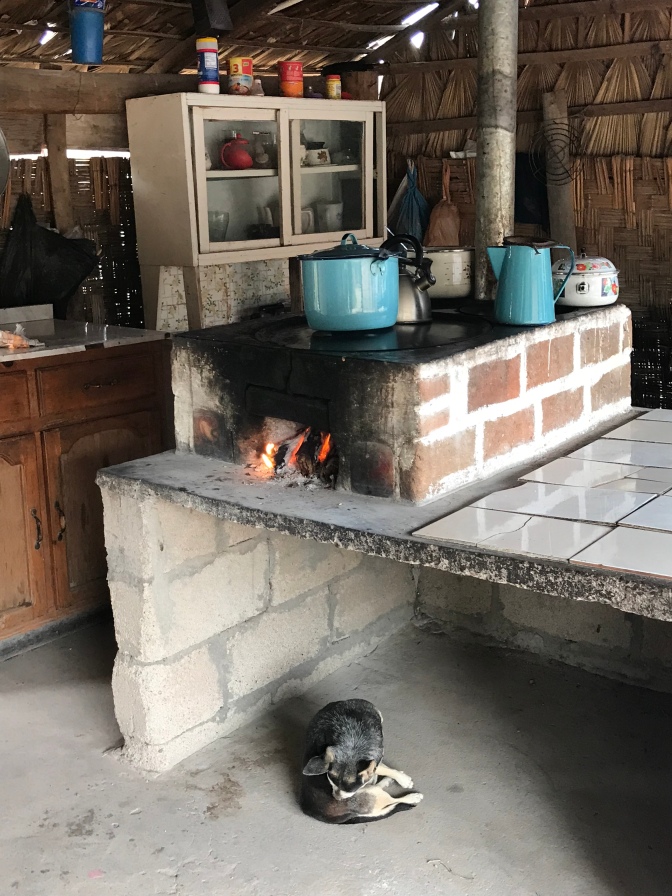 After i left the little town, I had to climb some more hills. A great big climb to get back out of the valley, followed by lots more little climbs. At least it was beautiful. Also, the ranches all have baby goats. I wonder if anyone would let me play with one.

The terrain here is rocky, not very good for tent space. I ended up sleeping in an abandoned shack. 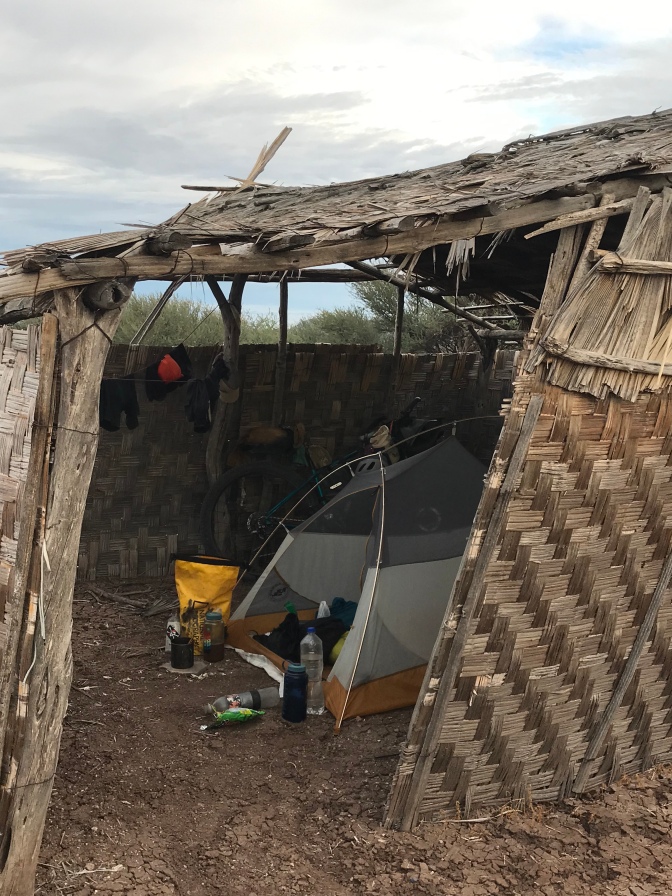