Woke up to low hanging clouds, maybe it will rain a little today. I hate to say it, but my mattress pad has a tiny slow leak. Where am I going to find a pond? I can’t take it in the ocean. Maybe a pool. 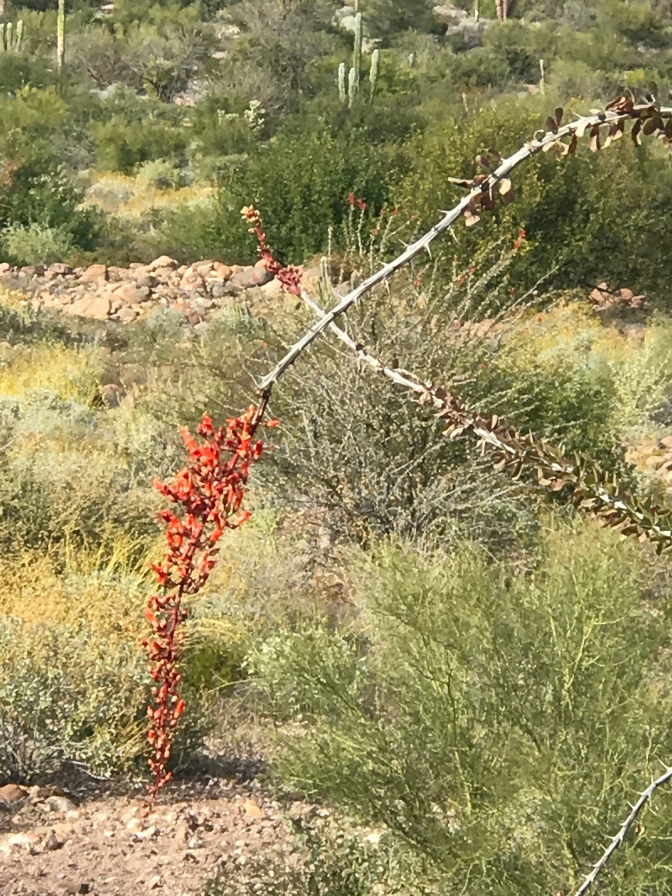 So many hummingbirds this morning. They’re after the scraggly brown trees with no leaves, just red spikey flowers. Such noisy little birds. Maybe it’s the mosquito buzz that makes me think they’re going to poke me. Or maybe because they always seem to be fighting each other.

The road was mostly flat and straight. Photogenically flat and straight into spectacular desertscape. Rocky and rutted and sandy, not terribly but enough to keep my pace annoyingly slow. The road touched the coast in one spot. There was a camp there and a truck pulling a trailer coming out of the camp. They stopped. “Hay agua alla?” I asked, motioning towards the camp. No, the driver told me, but I could get water at the ranch one kilometer back. I couldn’t recall seeing a ranch, but I had crossed water not far back. I’d assumed it was some kind of salt marsh, but maybe it was a stream.

In a few minutes a Toyota with a kayak on the roof came by. The driver offered me a cold Pepsi. I don’t drink soda in real life but I’m not passing up cold drinks in the desert. They also filled my water bottles.

A little while later, the truck pulling the trailer came back. The driver waved. “Tenemos agua!” They’d come back to bring me water. Through the dusty back window, I could see three older ladies smiling at me. I was so touched that they’d driven back to bring me water. I felt bad that my water bottles were full, especially when they started to back up! I don’t know how far they had to back up the truck before they could turn around with that trailer! 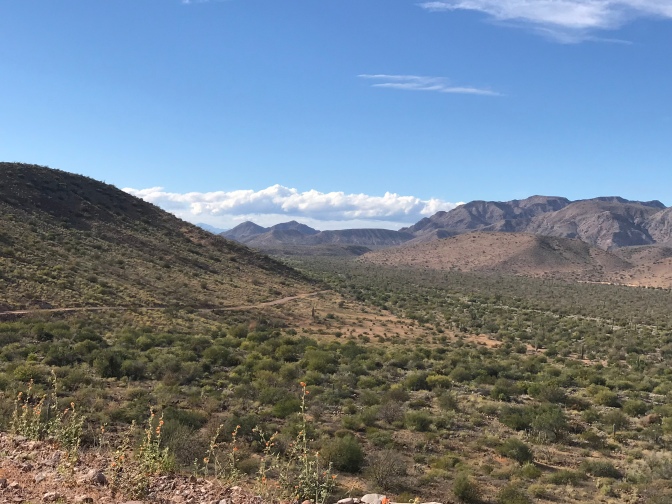 I saw another herd of wild donkeys. All gray with white bellies. The baby was especially cute. It did all this wild kicking when it ran. I wonder if they’re really wild or if the ranchers let them forage and then go catch them when they need a donkey. But I don’t know, those donkeys don’t look like they’d want anything to do with donkey work. That baby donkey for sure would kick off anything you tried to put on its back. 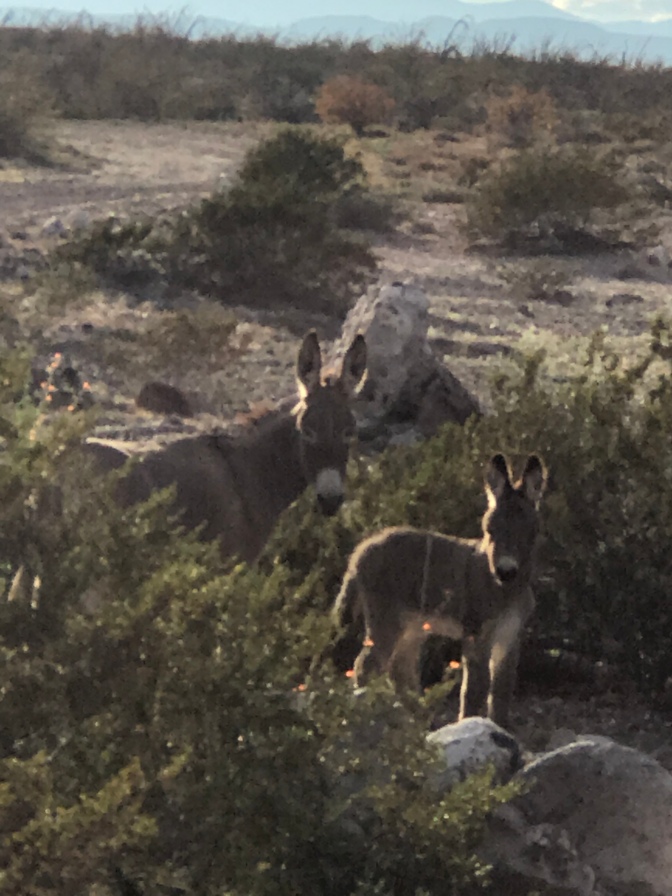 I kept riding after sunset, and then found a little spot of sand off the road. There was a little animal track going by my tent. I hoped that didn’t mean late night visits. I had another fire. The desert was full of available fuel. Dead cactus dries in such interesting shapes. You know who likes rotting cactus? Scorpions. I watch a little red scorpion skitter off a burning branch and disappear into the sand.