I spent the morning cleaning stuff and hydrating with horchata at the restaurant next door. Bernandino’s makes a really good chili relleno. 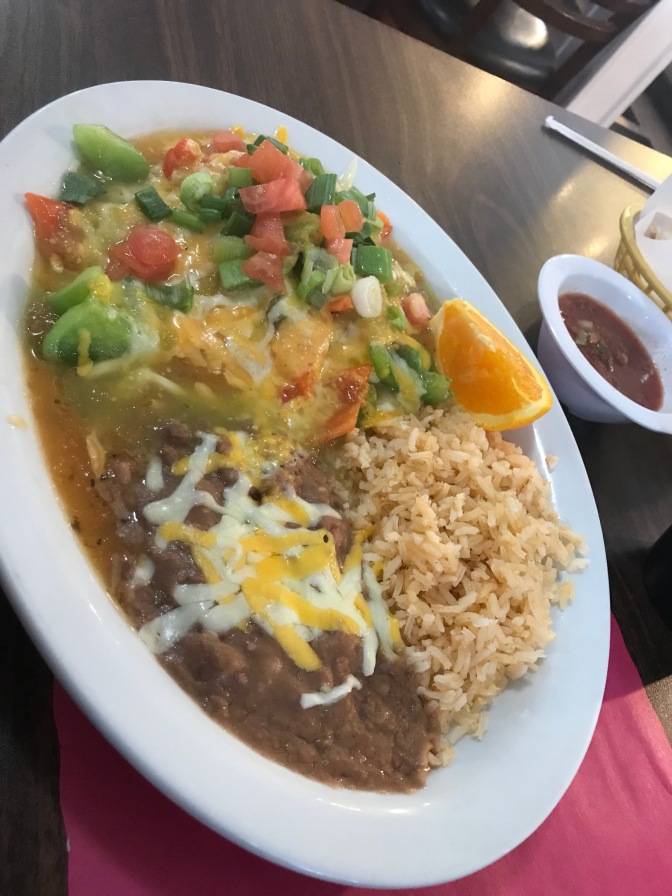 Around 2:40 I waited for the bus back up to Walker Pass. It only comes 3 times a week. About a minute before the bus was due, a big white van pulled over. The driver asked if Gaz and I wanted a ride up to the trailhead. Eager to save the two dollars, we accepted. There were no seats in the back of the van so we rolled around with our backpacks the whole drive up the hill.

Our route was the up into the mountains that tower over Inyokern. Standing on the desert floor, in the full brutal heat, the mountains look hot and jagged. But it was a relief to be back on the trail, especially late in the afternoon when the sun dips down on the west and the PCT is in the shade. Small soft bunnies watched me from the sage brush. The shadows grew longer as I climbed the switchbacks higher. Below I could see Inyokern and Ridgecrest spread out to bake in the sun. 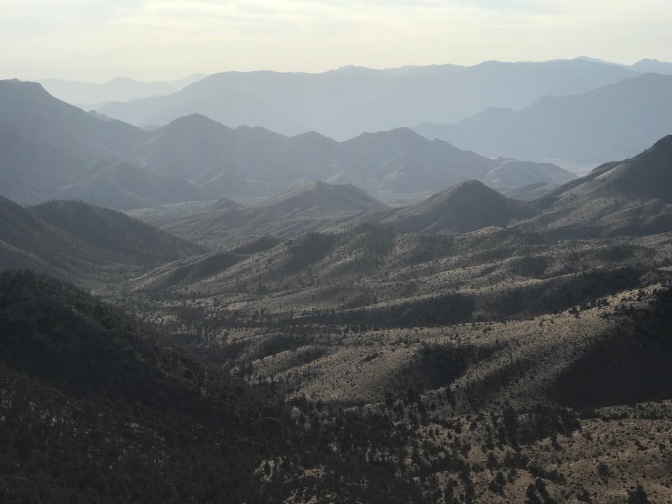 After dark, I kept walking. I could smell the lingering odor of poodle bush.

I walked uphill until I came to a saddle. Ahead of me, a pair of eyes reflected the light from my headlamp. By the fluttering, I thought it was a big moth at first. Then I realized it was bird. A night bird. It landed on the path in front of me and stared at me. Not an owl. Some kind of little falcon? There were some nice flat camp spots. As I set up my tent, my little birdie friend fluttered around the meadow. Then I heard a high pitched squeak of dinner being caught.