Why am I a spinster? What does spinster even mean?

Back in the olden days, being a spinster meant you were an unmarried, childless woman, unlikely to ever find a husband or happiness, never to grasp that apex of feminine destiny – motherhood. Spinsters lived with lots of cats and loneliness, were occasionally suspected of witchcraft.

It’s time to reclaim spinsterhood. Let’s celebrate our incredible fortune of having the choice to live however we want. That includes the right to choose not to marry or breed. Being a spinster gives you the freedom to do whatever freaky thing floats your boat. The freedom to color outside the lines, live on the edges, call your own shots.

When I was a kid, there was a paperback on our living room bookshelf called Any Minute I Can Split. The cover was a photograph of a tasseled hippie chick straddling an impossibly large motorcycle. The sentiment of that title, the freedom to leap on a bike and blow out of town at a moment’s notice appealed to my early wanderlust yearnings.

(Years later I read that book. The story did not live up to its awesome cover. I don’t know that it could have.)

In the olden times, spinsters used to spin some sort of textile like wool or yarn. Personally, I spin my bicycle wheels. And the globe. My goal in life is to ride my bicycle around the world, write books about my adventures, and inspire other people to take their own Spinster journeys. I’ve been on tour across the US and Canada for seven months now. It hasn’t gotten old yet. Life on the road is still an adventure.

Earlier this summer, I cycled the Laura Ingalls Wilder trail through South Dakota, Minnesota, Wisconsin and Iowa. Her Little House on the Prairie Series was the birthplace of my love for travel stories. Biking against the prairie winds, I wasn’t much faster than the covered wagons were 150 years ago. I thought of the generations of travelers that preceded me across this land, and those that will follow in the future.

I won’t always want to live this unrooted. Previous long tours have taught me that eventually I’ll seek out shelter more stable and private than a park or a borrowed guest room. Something with space for a garden and a couple of cats.

But I’m done feeling awkward about my choice to be single and childfree. I think most people can appreciate the idea of slow travel, no fixed address, minimal possessions and responsibilities. Single female travelers are barely even remarkable. And still I get asked every day, by women and men, “You’re traveling alone? By yourself?” This is why I want to update the idea of spinsterhood. Leave behind the stigma of the lonely crone. Rejoice in the solitary journey of finding our own way in the world. 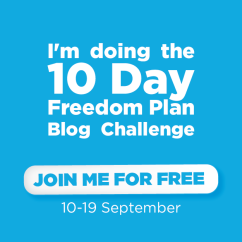 2 thoughts on “What’s a Spinster?”