I had a long weekend coming up – four days in a row for Presidents’ Day and Valentine’s Day. Just enough time to take a quick bike tour from my house in Gilroy to Big Sur and catch the bus back.

I woke up early on Friday the 13th. I looked at the heap of gear piled on the floor of my bedroom and made the appropriate executive decision. No reason to stress myself out.

The ride up the hill was steep and, in parts, unpaved. It was only about 4 miles of climbing, but when I saw the sign for Mt. Madonna County Park at the top, I made another executive decision to camp now instead of riding 20 more miles out to the coast. I talked to a nice ranger who set me up with a camp spot in a redwood grove, a box of firewood and a free hot shower! 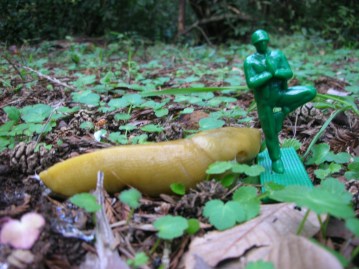 The next morning was Valentine’s Day. I rode down to Watsonville and ate a Valentine’s burrito in the plaza. Then I headed towards Castroville on the backroads. I shared the road with a ton of Harleys. Also, people riding out to Elkhorn Slough with kayaks and canoes strapped to their Subarus. The traffic was a little stressful. On Salinas Road, just leaving Pajaro, I saw a road rage incident that could have gone violent but for a timely police car cruising by.

Near North County High, I came to the intersection where the Pacific Coast bike route leads riders up onto a busy highway for a short stretch into Castroville. It’s a dangerous place to ride so I decided to try to skip it by riding through the strawberry fields. I had to lift the bike over the railroad tracks, but besides that, it’s a straight shot to rejoin the regular route at Merritt Street.

The wind picks up pretty good on those bike paths. There’s a good fancy farm stand with a food truck where you can spend too much money on fruit and chocolate and fried artichokes. I rode face-first into the wind and then meandered in circles in the suburban sprawl of Marina for an hour before remembering how to get to my aunt and uncle’s house.

Sunday should have been the best day of the ride. It was in terms of scenery. Monterey and 17 mile Drive and Big Sur are the most beautiful coastlines in the world. Probably I didn’t eat enough breakfast. Then the REI was closed. I had planned on buying a campstove for Big Sur, but I wasn’t willing to wait an hour for the store to open.

The ride through Monterey was gorgeous. I really don’t mind riding with tourists and pedestrians on the path and there are so many nice places to stop and check out the view without having to lock up my bike. It was after Monterey, when the traffic started to get insane. Then I got to 17-Mile Drive and found it closed for some muckity muck fancy golf tournament.

The detour through Pacific Grove is one killer hot hill after another. I was hammered by the time I got to the Safeway at the Crossroads, the last good stop for groceries. Then it was another 30 miles and three hours till I got to Pfieffer Big Sur State Park. Oh, and by the way, there’s no place to get water along the way, so make sure you bring enough. There’s a hill just after Bixby Bridge that just about killed me but soon after that the highway turns inland and I pulled in for a very welcome cold Gatorade. 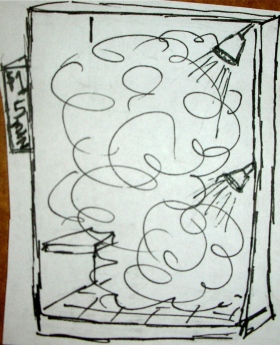 For anyone who might be really feeling the road after a long day of cycling, I highly recommend the handicapped shower stall. It has two shower nozzles, one at regular height and the other at booty level, perfect for weary ass muscles. The water temperature is set at scalding hot and not for sissies.

The hiker/biker campsite at Pfieffer is a magical place. I’ve bike-camped there on three trips and every time was a party. Here are some of the characters I met this time. 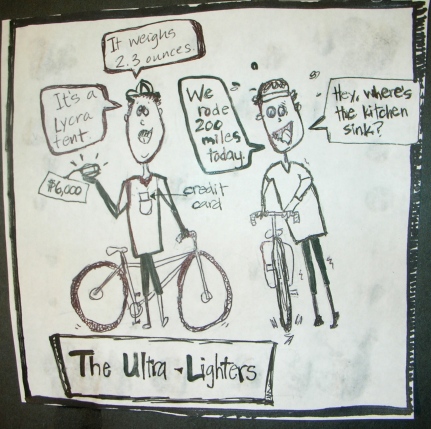 The next day was supposed to be spent taking the bus back to Gilroy. I had a plan. I had printouts of the necessary bus schedules. There was only one particular combination of buses that would get me home in time and it all relied on me catching the bus that morning at Nepenthe. It was only a 20 minute ride from the campground. I was totally early and packed down, ready to load my bike on that bus. 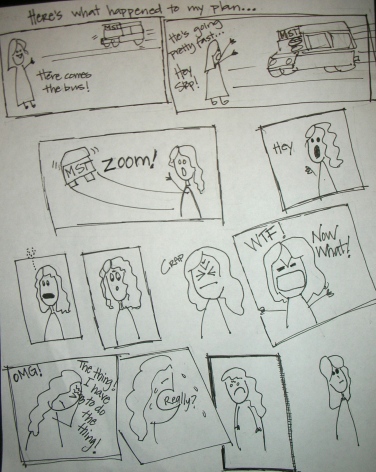 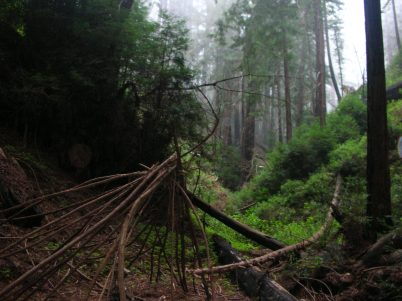 I went to Henry Miller Library and stomped around some paths and considered my options. I could try to ride back to Monterey today, but then I’d be battling traffic from the skinny side of the road. I could try to catch the later bus and then call my brother to come pick me up in Monterey. Which he would probably do, but it would be a hassle for him. Or… I could just stay another night in Big Sur and then ride back to Monterey tomorrow morning, nice and early when traffic is still light, and catch the Gilroy bus in the afternoon. That was the funnest option, but I would miss a day of school. And work. And a deadline for a project. Cellphone reception is tricky on the coast, but I managed to get a hold of my brother so he could turn in my project and make my apologies. Then I went back to Pfieffer and went hiking in beautiful forests for the rest of the afternoon. 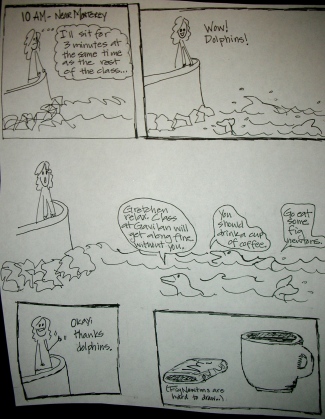 It was a great ride back and traffic wasn’t bad until around Carmel. In downtown Monterey, I found the transit center and parked myself at the bus stop, determined to not get left behind. During the wait, I got to talking to some sort-of homeless guys. They liked my gear. Bike touring gear would be good for being homeless, since you can carry all your stuff at once in waterproof bags and still get on a bus. The bus eventually came and stopped like it was supposed to and the driver was just as friendly and helpful as you could ask for. Why can’t they all be like that? With my bike secured to the front of the bus, we blasted up the crowded freeway and before I knew it, I was unloading at the Gilroy Transit Center.

I’m glad I got that extra day of riding. It was better to end on a positive day of riding where I felt strong and happy. The first couple days of a shakedown trip are always hard.

5 thoughts on “Big Sur and Back”