Camping for hikers was free at VVR. I ran into plenty of people. Debs was there, and the Oregon boys and some other familiar faces. All eating. VVR has good food, particularly the pie. I recommend the cherry pie. 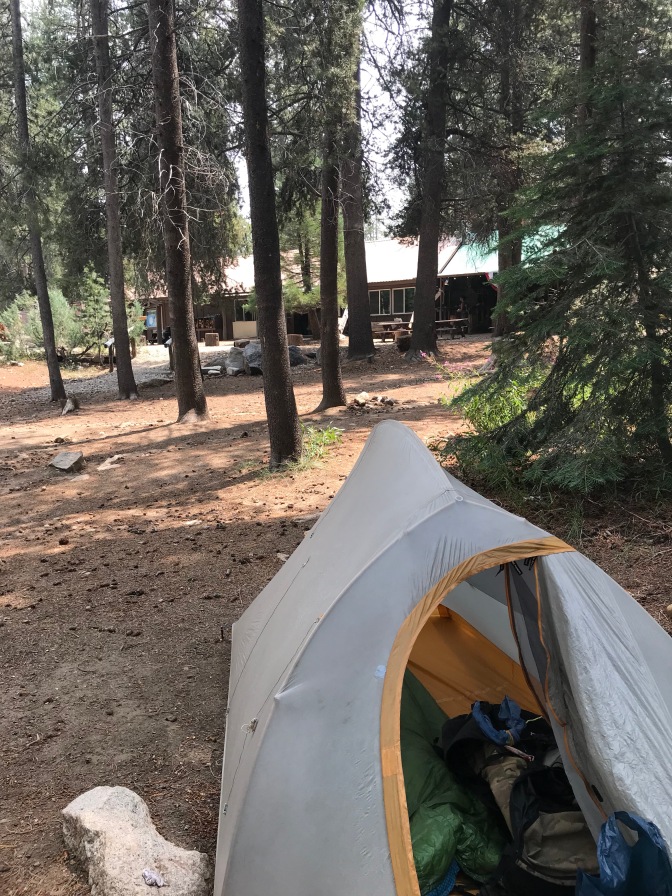 I spent a fascinating hour watching, and occasionally assisting a dude named Snake as he sorted the bear box full of donated food. It was filled above the rim and uncloseable. It’s a little mind-blowing, all the homemade dehydrated food that gets thrown away. Just the pile of oatmeal alone was two buckets worth. I think some of the packaged stuff gets resold. I overheard some objections to this, but I think it’s okay for a business to make money. I guess if those overloaded hikers don’t want their extra meals to get sold, they could walk around and donate to actual human people. Just chucking it into a box for someone else to sort suggests that they don’t care who takes it. 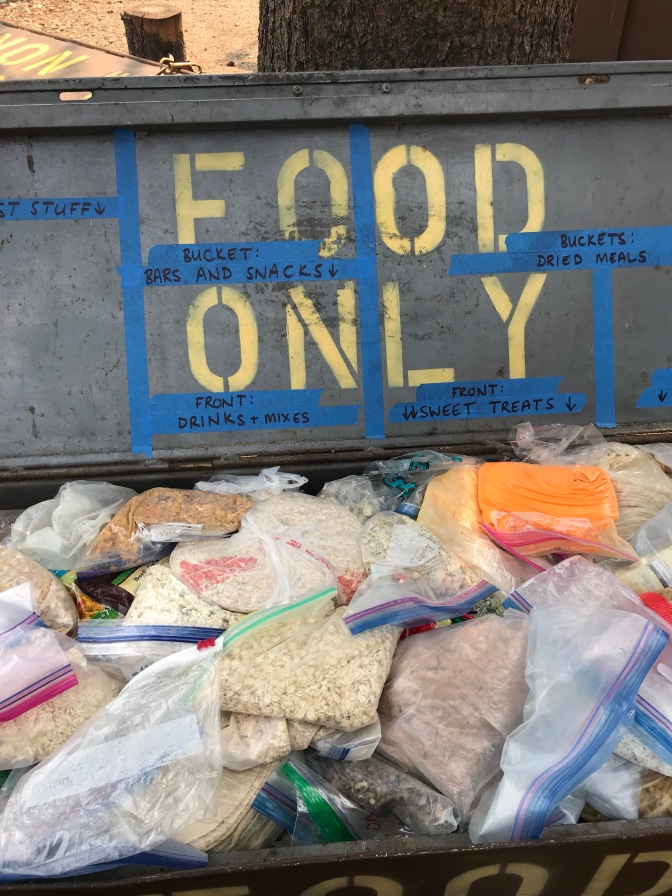 After breakfast, I took the ferry across Lake Edison. The smoke made for a misty ride. The captain told me he lives in Fresno in regular life. This is his summer gig that he looks forward to all year.

It was a funny moment when we pulled up to the dock and all the waiting hikers came stumbling out of the smoke. You know that part of the zombie movie, when the heroes get to a new place, and they’re hopeful that there are no zombies around, and then the living dead come shambling out? Hikers have a similar stiff-legged shuffle.

It was hard to get back into the groove. A bit of a climb. First I passed the base of a waterfall and later I crossed the top. I took too many breaks. When I saw the Oregon boys camped, I ran out of steam. They had some kind of wild plan to get up at 4am to hike to Mammoth Lakes.