Nice walk down off the hill. I could see the valley and roads spread out flat in front of the hill, and then the trail continuing up the other side of the valley. It wasn’t a bad walk down to the road, plenty of big boulders and these funky Dr. Seuss flowers to keep the eyes happy. 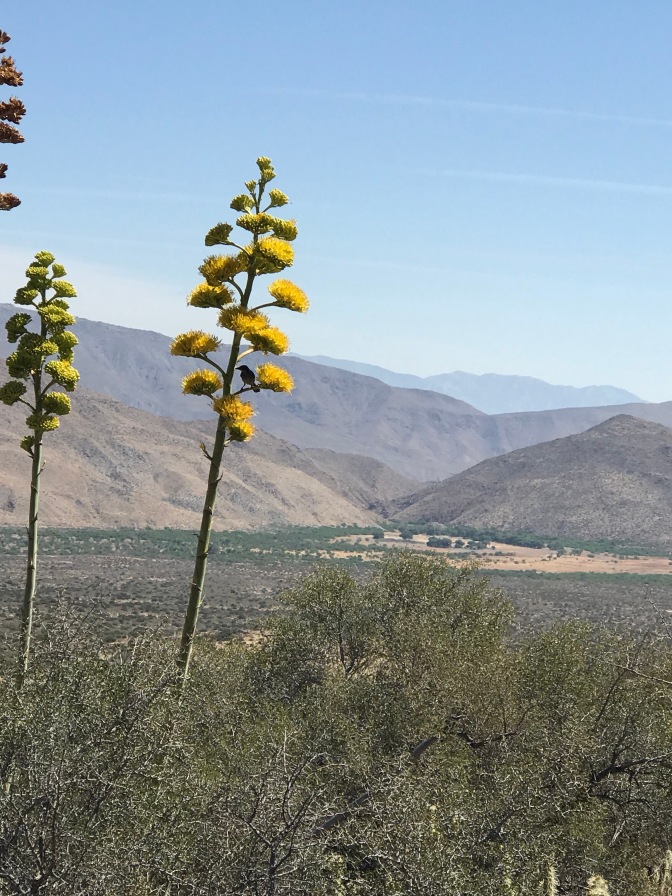 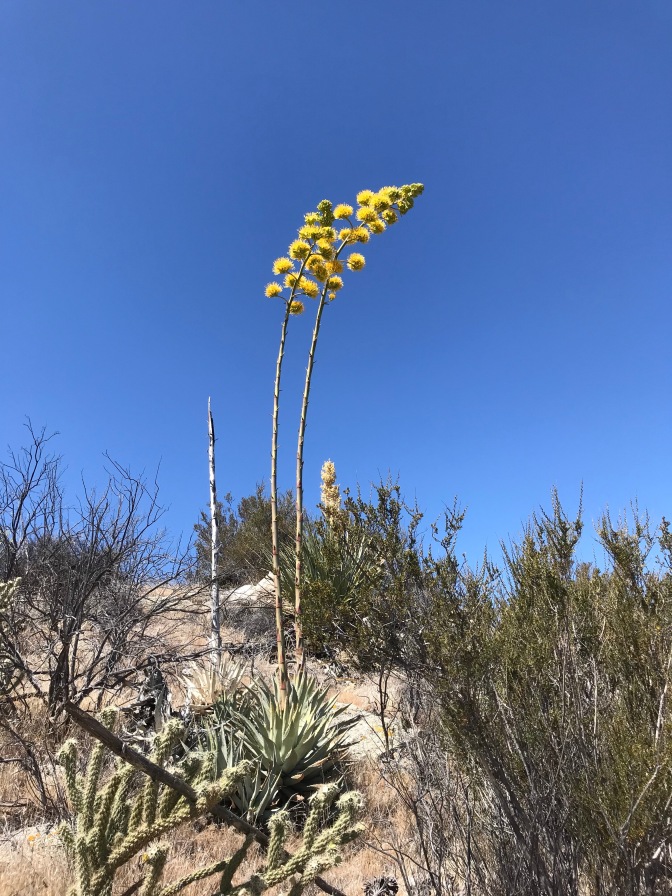 I got to Scissors Crossing and prepared for my first hitch. I felt a little stupid. It took me a couple tries to actually get my thumb up. After about 5 minutes, a white car slowed down, did an elaborate U-turn, got hung-up with traffic, and turned again to pick me up. In hind sight, I think the conversation inside the car went something like this:

“Dude, there’s a woman hitch hiking! We must save her!”

“I am not picking up some stinking hiker in my car.”

“Kay, you wanna be responsible when she gets raped and killed, that’s cruel bro.”

There were three people in the car, a couple in front and another guy in the back. Let’s call the guy in the back Talker. He didn’t know about the PCT. When I explained, he immediately began talking about guns, of all things, which kind you should take into the wilderness. He explained that they all knew each other from the Navy but were moving on to private security, you know, “taking down sex traffickers, people smugglers, and data pirates.” They were looking at properties out in the country, because Talker was a country boy from Wisconsin and didn’t fit in in the big city of San Diego. While he told me all this, and so much more, Talker broke off to remind the driver that he had to slow down on the curves because his tires were shit. Nearly visible waves of annoyance drifted up from the front seats, along with the occasional sigh.

A bit of tension in the car ride to Julian.
One thing I hadn’t realized: Julian is a tourist town and I was arriving on a weekend. The streets were full of people. I stood in line to get my free slice of pie at Mom’s. I sat outside on the sidewalk to eat it because the restaurant felt too crowded. Then I resupplied at the grocery store and headed back out. My second hitch was a breeze. I stood near the Post Office and a woman asked if I needed a ride back to the trailhead. She and her husband were locals and regularly picked up hikers.

There were some hikers congregated in the shade at Scissors Crossing. I ate some Oreos and started walking. It was basically up, switchbacking and angling across the face of a huge dirtclod hill. To the west , clouds amassed across the tops of the next mountain chain over. The sky overhead was clear. Around sunset I found a sublime little nook for camping. I set down my pack and clambored around on the rocks.

“Hey, do you mind if we camp down here?” I hadn’t noticed the group coming in behind me. They moved into the sandy washes downstream from the dry streambed below my perfect spot. There were four or five of them, and their voices rang out over the once quiet evening.

I stared at my pack, and picked it up again.  I tried to slip by without anyone seeing me. One of the guys caught my eye. Maybe I saw him at the cobbler place. “Heading out?”

“Yeah, I’m gonna try to get another hour in,” I said. I kept going for another two hours, well after night fall. The wind picked up, and the unprotected sites were far too gusty for camping. Finally I found a protected nook off path. 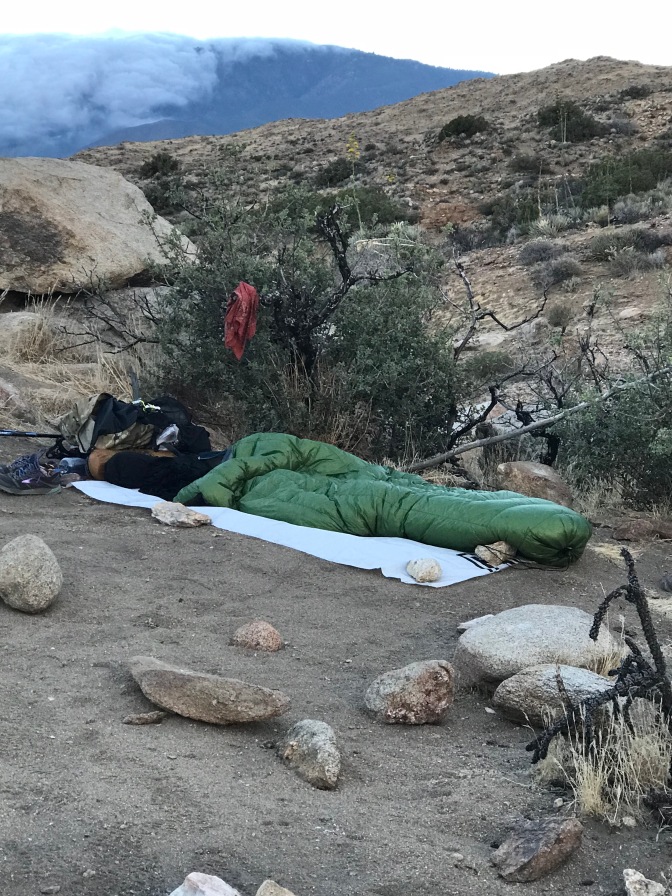