I woke up still alive. And the sun did come out. Tada! I spent the morning draping everything over rocks and branches. By some miracle, they all got dry.

Some other hikers crossed the stream, which was much more stream-like now. Just as I prepared to leave, I saw Monique from France. She’d had nearly the exact same evening as I had, shivering and sure she’d never get dry. And the same morning. In the sunlight it seemed very funny. 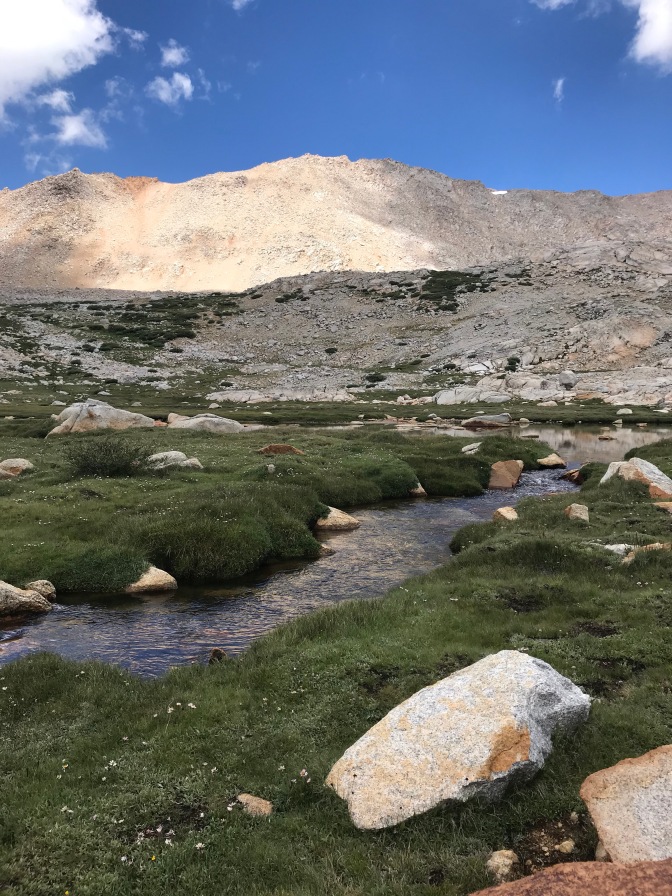 The walk up to Forester Pass was amazing. So beautiful. Such perfect fairy meadows. Adorable furry creatures romped and scurried over rocks. According to the Yogi Guide, Forester Pass was the V notch in the huge wall of cliffs ahead. I could see it but I didn’t believe it. Really. That’s it. Says Yogi. The path headed straight that way. It looked pretty impossible. It looked like an avalanche chute. Then I saw a person up there. 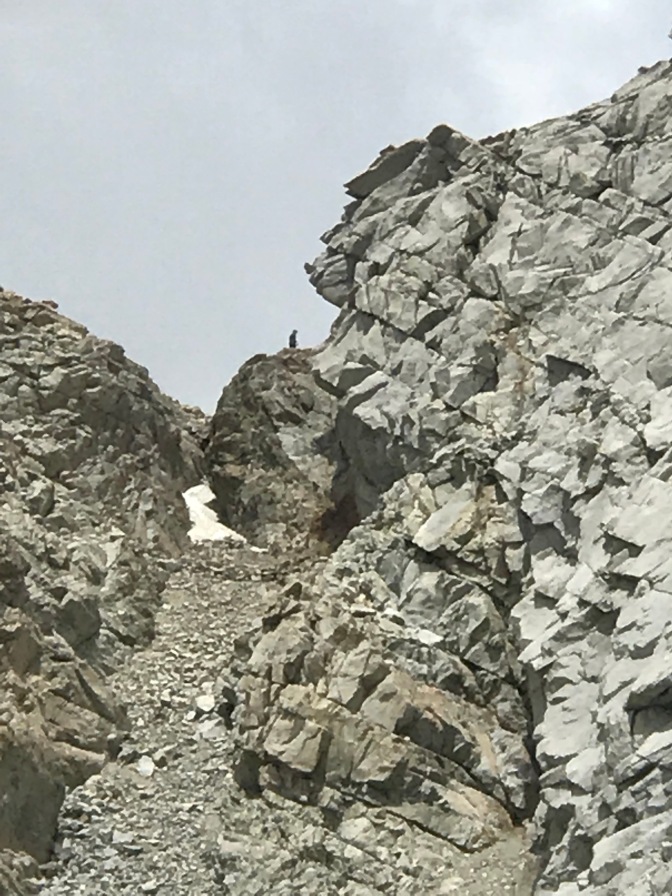 At the top I met some southbound JMT hikers feeding tortillas to a marmot. I left.

It was colder. Snow patches remained and the wind off the snow was chilly. The scurry down the mountain was fun, especially when the clouds started to move back in. Nothing like a little thunder to get me moving downhill. I could see meltwater flowing down in fast streams, becoming waterfalls. The rocks gave way at the tree line, became meadows full of new kinds of flowers. Tiny lupines, blossoms I didn’t recognize.

The batteries on my phone were nearly run out so I couldn’t listen to podcasts. This made me extra aware of sounds and extremely bear paranoid. I sat down on a log to eat a bar with peanut butter on it. In the bush, the sound of something big. I jumped up. A deer wandered out from behind the trees. I laughed at myself, then realized that was the startle at the beginning of the scary movie. This time was a deer. Next time it would be a bear. Or a zombie or a velociraptor.

It looked rainish. Not taking chances this time. I put on all the rain things. I was rustling loudly but I stayed dry. I marched by tent after tent. Just a few hardy souls kept crinkling down the trail.

I kept walking till I came to the bottom of the rise to Kearsarge Pass. I didn’t feel like doing any more climbing. I pitched my tent and then wandered away to eat my dinner. The light in the sky was such an intensely orange. Above the valley, a pretty sunset was happening. 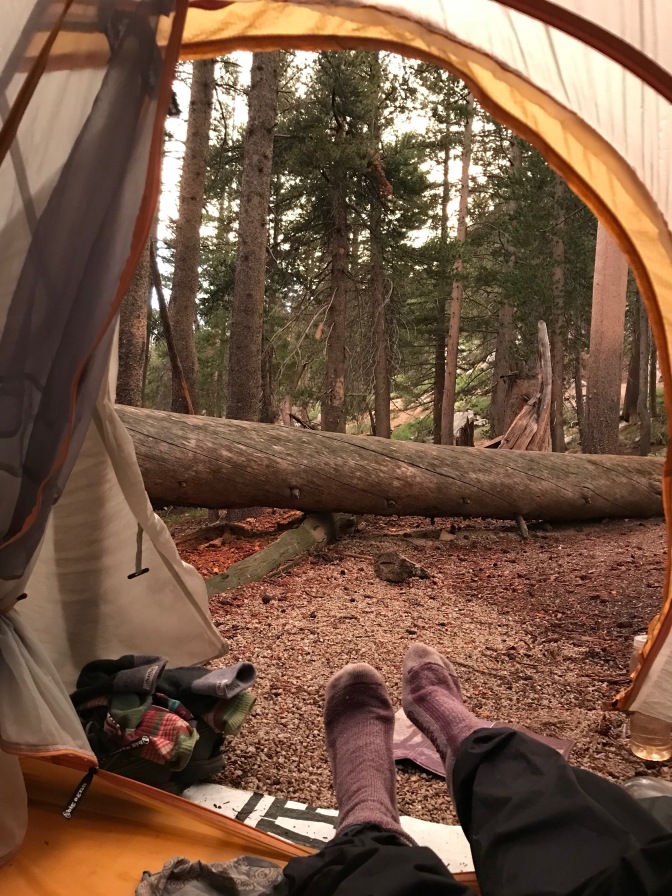